This tour is offered for Independent Touring - Depart Any Day ›
Please contact us regarding other Escorted Tours that may be of interest.

On arrival in Moscow, you transfer to your city centre Luxury 5 star hotel close to Red Square. Rest from the flight.

Every day on your Great Trains of Europe Tours starts with a full Buffet Breakfast [B] Our city sightseeing tour this morning focuses on Red Square, once the site of executions and Soviet military parades, but still the focal point of Moscow life. You visit both Lenin's tomb and St Basil's. The afternoon is free to explore, to shop, or to ride the world famous Moscow Metro.

You have a last free morning in Moscow. Museums, shops? In the afternoon we commence one of Europe’s great rail journeys on the new 200kph Sapsan train (dinner on board) to St Petersburg, Imperial capital of the Czars. Your luxury 5 star hotel is near by Nevsky Prospekt.

This morning’s city sightseeing includes the Winter Palace, St Isaac’s, the Admiralty and the Peter and Paul Fortress. In the afternoon you visit the fabled Amber Room in the Catherine Palace just outside St Petersburg.

Today you visit one of the world's greatest art galleries, the Hermitage. Its collection, from Old Masters to the Impressionists and Moderns, is widely considered to be among the world's best.

To St Petersburg to Krakow[B]

You absorb a last free morning in St Petersburg, to enjoy the ambience of Peter the Great's magnificent city, then transfer to the airport for your short flight to Krakow, Poland's cultural cradle and historical capital from 1038 until 1791. It still stands substantially intact from the 13th and 14th centuries, and has been declared a UNESCO World Heritage site. 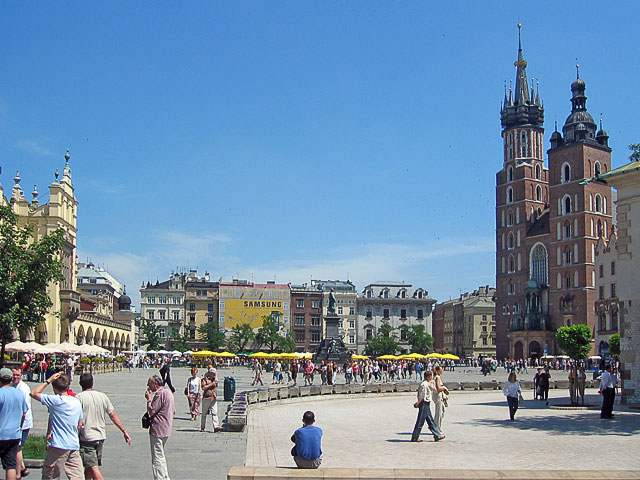 Our city sightseeing tour includes the historic Market Square and Wawel Hill with its palace and tiny cathedral, and the graves of Polish kings. This is where Pope John Paul II served as archbishop. Lunch in one of the many restaurants on Market Square? It is possible to visit nearby Auschwitz - not enjoyable, but possibly you owe it to humanity to pay a visit.

There is an optional excursion today EuroCity train to WarsawEuroCity train. Your sightseeing includes the reconstructed ancient centre, the Castle, the Market Square and the remains of the Warsaw Ghetto. Home to Krakow tonight.

By Eurocity train today to Vienna, the Imperial Capital of the Hapsburgs and home of Beethoven. You settle into the historic Hotel Sacher, the birthplace of the Sacher torte, your home for four nights. Vienna's fine buildings look magnificent by night.

Our morning city sightseeing programme introduces you to this stately city - the Ring, the Hofburg, St Stephen's and the Schonbrunn Palace. Watch the fountains and listen to the music. The Kunsthistorisches Museum has one of Europe's best collections of Old Masters.

There is an optional excursion available today via EuroCity train to Budapest, the second capital of the Hapsburgs in the nineteenth century, and now the modern capital of Hungary. You take a EuroCity train. City sightseeing includes both sides of the Danube - hilly Buda with its mediaeval castle on the Right Bank, and the inviting boulevardes and historic buildings of Pest on the Left Bank. There is time for some excellent Hungarian goulash for lunch, then the shops and afternoon coffee in one of Budapest's famous coffee houses, where the coffee drinking craze first entered Europe. Back to Vienna tonight.

A quiet day strolling around the beautiful parks and gardens of Vienna? Alternatively, you may wish to join an optional excursion to Mozart's birthplace, the romantic city of Salzburg. On arrival you take the rack railway up to the Hohensalzburg fortress for a panoramic view of the town and the nearby Alps. Then you stroll through the mediaeval cobblestone streets and visit the Church where the great man's father was organist. Back to Vienna this evening.

After a short EuroCity rail journey today you arrive in the early afternoon in magical Prague. Your luggage awaits your arrival in your luxury hotel, located in the historic heart, which is traffic-free. An afternoon stroll includes the nearby Old Town Square which has a building from each century from the twelfth to the twentieth. Enjoy the view over afternoon coffee in an outdoor café.

This morning you begin to discover this magnificent city: the Castle, the Charles Bridge, Wenceslas Square, and the Jewish Quarter feature in your sightseeing.

There is no planned sightseeing today, but your tour Leader is on hand to advise. Enjoy your free day in this beautiful city, shopping or enjoying the music. Prague is rich in Mozart associations and is the centre for world famous Bohemian crystal. There may be a matinee opera performance. 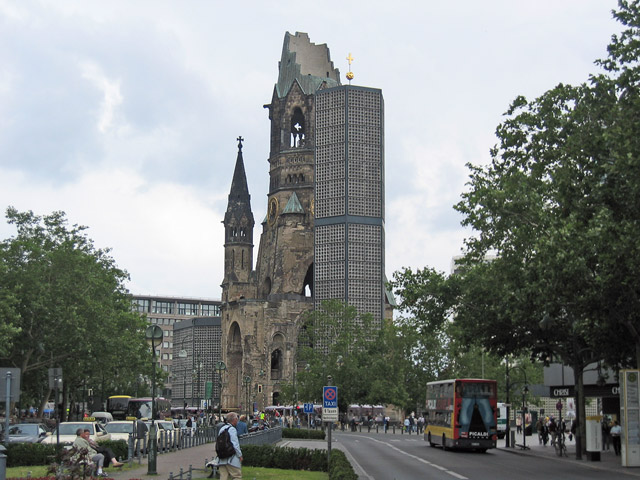 Our luggage is taken on ahead as you join Deutsche Bahn (German Rail) for a panoramic rail journey down the gorges of the Vlatava River to Dresden, said to be Germany's most beautiful city until fire-bombed in 1945.

The baroque city is now re-emerging from the ashes. This is the home of Meissen porcelain, and Dresden boasts a Porcelain Museum as well as a magnificent collection of Old Masters in the Zwinger Gallery.

This afternoon you rejoin your EuroCity train for Berlin, your luxury 5 star hotel just off the Kurfurstendamm, the main shopping and nightlife street of old West Berlin.

This morning's sightseeing introduces you to the city which divided Europe for 45 years - the Brandenberg Gate, the Reichstag, Unter den Linden. Many of the art treasures of Europe are in Berlin, from the 3,000 year old bust of Egypt's Nefertiti to the Moderns. Shop seriously at Berlin's KaDeWe

Another day in the museums and shops of Berlin or an optional excursion on Germany's flagship train the High Speed ICE, to Leipzig, hometown of both Goethe and Bach. After a walking tour of the old city heart and lunch in a Bierkeller, the ICE has you back in Berlin.

A last free morning in Berlin. The tour ends after breakfast this morning.

The tour cost does NOT include “optional excursions” (where offered) or meals other than breakfasts.

Explore Eastern Europe's Cultural Capitals with 3 or 4 nights in: 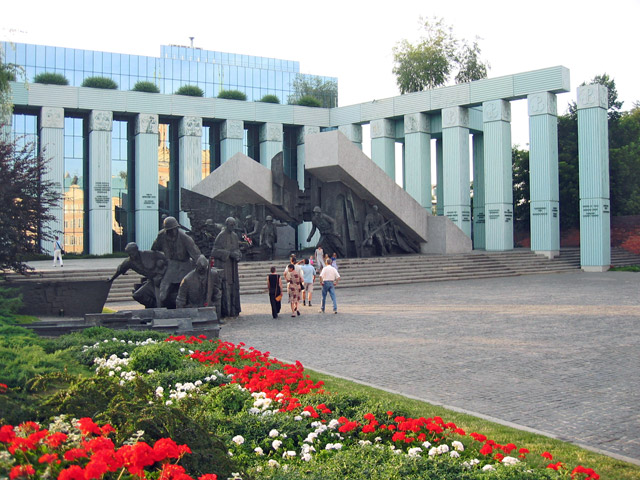 Poland's flagship train delivers you to the capital, Warsaw, destroyed in World War II, but now rebuilt in exact replica of the original city.

You see the Royal Walk, the Old Town Square and the New Town Square before visiting evocative memorial to the heroes of the Warsaw Uprising.

You then proceed to the area where the grisly and infamous Warsaw Ghetto once stood.   « Go back 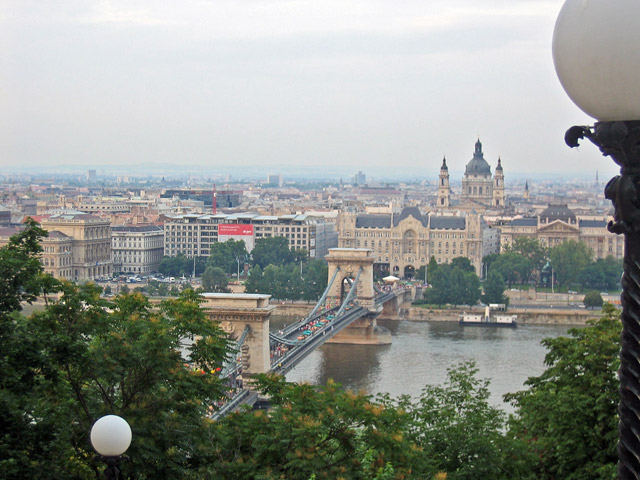 You take a EuroCity and, on arrival explore both sides of Budapest: Buda with its castle overlooking the stately buildings - St Sebastian's and the High Gothic Parliament House - and the broad boulevards of Pest on the opposite bank.

On arrival in Salzburg, you ride the rack railway to the top of the twelfth century Hohensalzburg fortress for a panoramic view over the city.

Then you visit Salzburg cathedral where Mozart's father was organist and where the young genius first played. The Altstadt (old city) is very compact and an all-pedestrian shopping zone.   « Go back

You take Germany's High Speed Inter City Express to Leipzig, a major trade fair centre since the 12th century. It was home to Goethe, Germany's Shakespeare, and you lunch in the Bierkeller where he set the opening scene of “Faust”.

You also visit Bach's grave in his church, the Thomaskirche. On the way home to Berlin you drop into Martin Luther's town of Wittenberg, where the Protestant Reformation began.   « Go back

About the Eastern European Capitals Tour